A wonderful memoir was recently published from a Mississippian who served under the commands of both Jackson and Longstreet, entitled “A Mississippi Rebel in the Army of Northern Virginia” (Batton Rouge: LSU Press, 1995). When reminiscing about his neighbors leaving for war in 1861, he described the material produced by the local factory as being of: 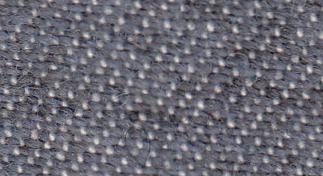 “Unbleached cotton cloth in two grades; one four ounces and the other eight ounces to the yard. The heavy quality was used for jeans out of which coats and trousers were made. The ladies dyed all the cloth with sweet-gum bark, which gave it a bluish-gray tint. The outer garments were lined with eight-ounce cotton cloth. In this manner the soldier was clad all in one color. A good less was learnt in the effectiveness of color protection, as our bluish-gray was almost invisible to the enemy, particularly when lying down.”[1]

This reference is rather unique in that it tells us the weight and color of the material, as well as the process by which it was dyed. This soldier fought with Jackson in the Valley before being transferred to Longstreet’s command. He does not, however, mention whether he continued to be clad from home after he reached Virginia, or whether the Confederate government supplied him with a uniform.

The second account comes from a Union soldier following the Fredericksburg Campaign. A sergeant in the 15th New Jersey wrote an account of the battle for his hometown newspaper in which he described the dead Confederate pickets he saw when crossing the Rappahannock River. These men were from Longstreet’s command and were “comfortably clad, though their garments were somewhat coarse, being made of a sort of gray cotton jean with U.S. buttons on.”[2] A rather interesting observation that the Rebel uniform had Federal buttons.

These two accounts are from the first two years of the war, prior to, and shortly after, the commutation system was done away with. As the commutation system required men to be clothed from home, only to be reimbursed by the government, it would seem that the uniforms would be made of almost anything, and as cheaply as possible, thus, there was probably a heavy presence of jean-cloth. With a wide variance in uniforms and construction early in the war, and the usage of the comparatively cheap jean-cloth found at home, it would seem that Lee’s men would probably have appeared rather motley and ragged in their dress early in the war.